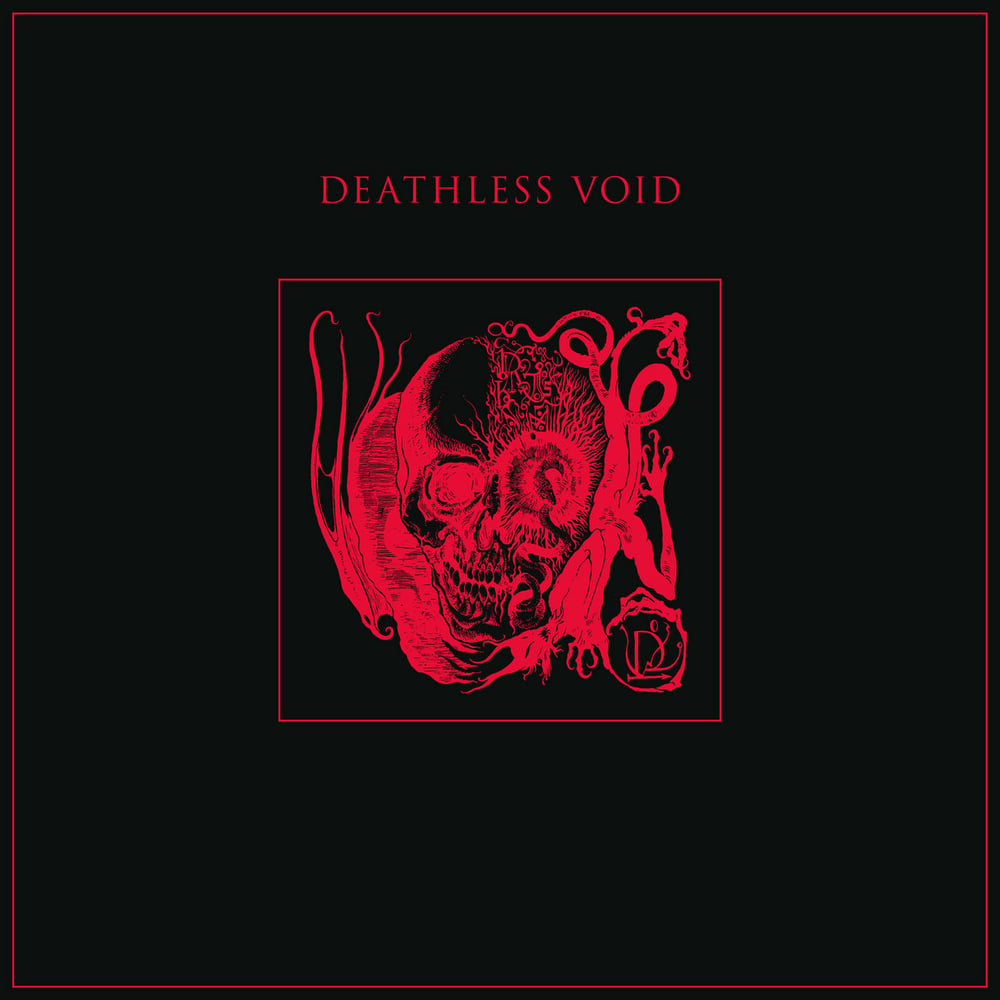 A brand-new formation hailing from the Netherlands, DEATHLESS VOID create a vacuum of violent, post-modern death energy. Their foundation is undoubtedly black metal, but their vision is not blinkered upon the past; if anything, the jet-stream of crushing chaos across their debut EP is futuristic, albeit a ruined vision of such. Mutating physicality into cold, cutting, gleaming-yet-bloodstained steel, Deathless Void verily approximates its namesake, literally attacking the listener across three cocaine rushes of sound. One could point to later Katharsis or Antaeus or especially turn-of-the-millennium Thorns as touchstones, but the dread and delirium DEATHLESS VOID are creating here are entirely their own. This is but the start...of the END.