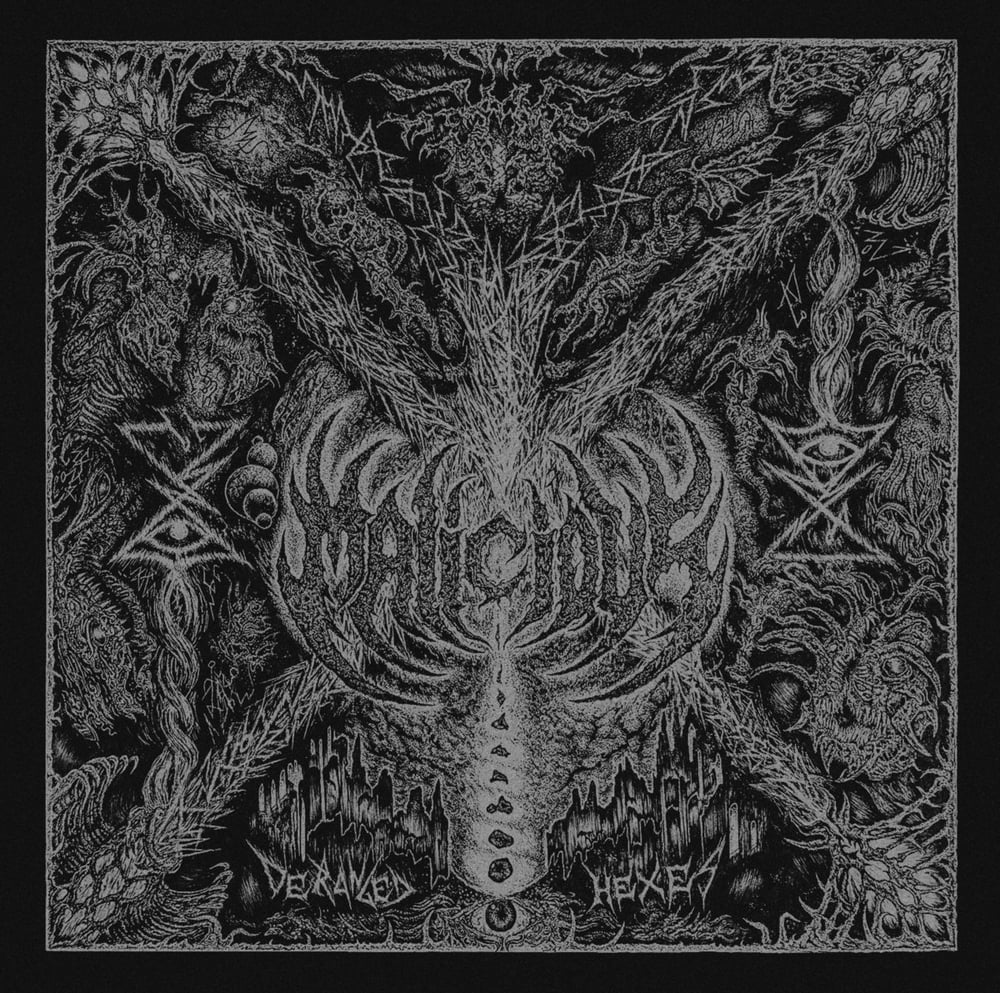 Simply but aptly monikered, MALICIOUS are everything their name promises: savage, barbaric, unrelenting, and utterly BERZERK. Formed in 2011 as a four-piece, the band made an auspicious start with the four-song Mental Illness demo. But the band’s next strike put the name MALICIOUS on the international metal map: Black Fumes, another four-song recording, which received vinyl, CD, and two different cassette pressings over the next couple years. While those subsequent pressings kept the name in the minds of diehards the world over, MALICIOUS’ most malicious strike was still to come…

At last, it arrives in full-length form bearing the all-too-accurate title Deranged Hexes. No more but definitely no less, Deranged Hexes is everything their previous MALICIOUS recordings delivered – from cobwebbed evil to gibbering intensity, ranging the likes of Necrovore, ‘80s Possessed, and especially Mike Browning-era Morbid Angel to the earliest (and best) works of Sarcofago and Sepultura – but upratchets them to a beyond-OTT level. There’s no half measures here, nor quarter given; Deranged Hexes is full-on blackened Metal of Death insanity given flight on leathery wings. Teeth-gnashing riffery, dangerously unhinged drumming, and feral howls from the abyss…everything comes spilling out their sepulchral cauldron, and FAST, leaving no room for breath nor safety in its eight-song/25-minute pillage of impurity. MALICIOUS taunt you to keep up, to resist…to survive. This is true power from Hell!

Again, it cannot be overstated enough: MALICIOUS are ever-fucking-aptly monikered, and these are their Deranged Hexes!