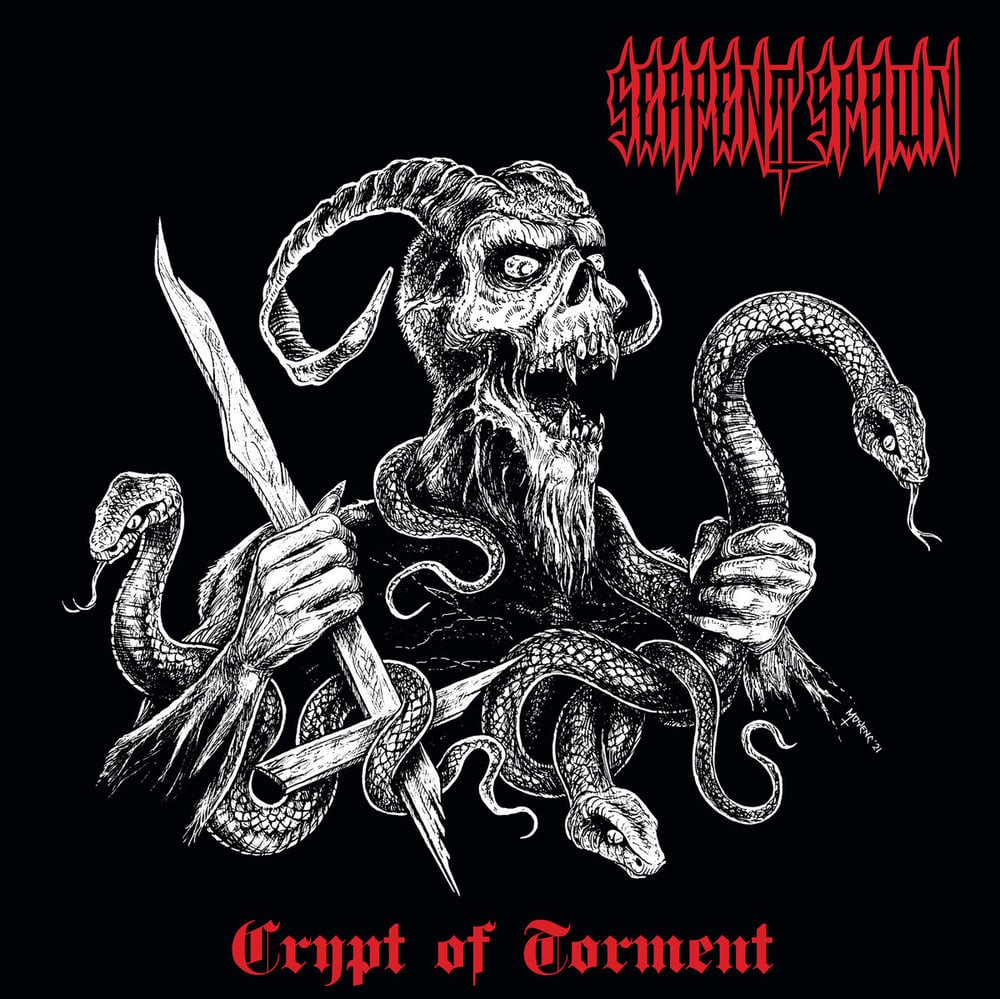 SERPENT SPAWN is a brand-new formation of old-school German veterans: drummer Markus Winterstein (Malaphar), guitarist Rob Wenglorz (ex-Blood, ex-Dawn), and vocalist/guitarist/bassist Martin Witchskinner (Blood). Given such an '90s-entrenched pedigree, it's no surprise that the power-trio's debut recording, the EP Crypt of Torment, is an authentic slice of ripping, straightforward DEATH METAL. Rich and robust is the recording, ably highlighting each member's muscular chops, as they create a maelstrom of demonic fury that seemingly comes from every direction but retains a memorability redolent of the genre's early days. Straightforward and no frills but never primitive nor undercooked, Crypt of Torment contains 15 quick-hitting minutes that are sure to entice diehards of early Deicide, Malevolent Creation, Incubus, and of course Germany's Blood: this is SERPENT SPAWN!