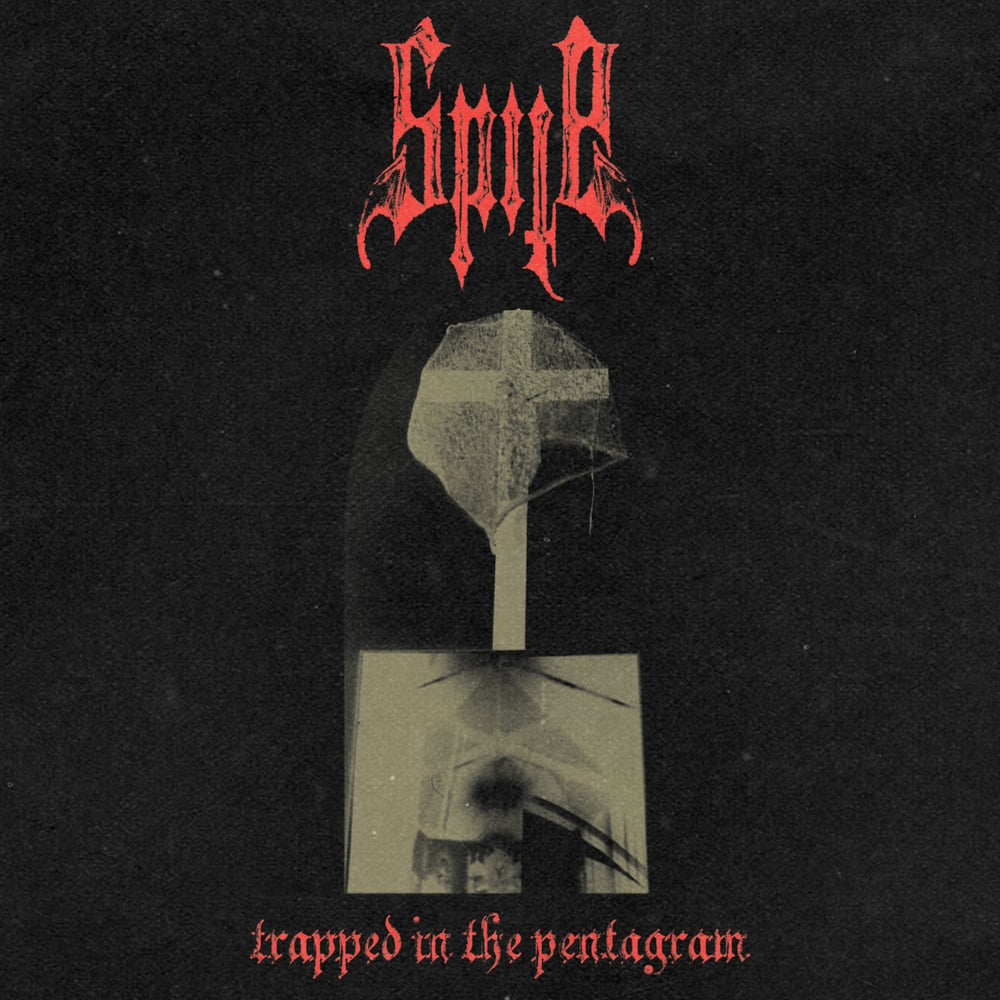 IRON BONEHEAD PRODUCTIONS is proud to present the first 7" EP from one of American black metal's most promising names, SPITE's Trapped in the Pentagram. Hailing from Brooklyn, New York, SPITE have only released only two, teasing tracks to date - one on a single-song demo, Desecration Rites, and the other on a six-way split LP - but those who have heard those two songs have become entranced by the shadowy band's witching metal. For truly SPITE create bewitching black metal of an ancient variety, thrashing and hysteric and yet also imbued with a particularly cobwebbed atmosphere that knows no era nor decade...nor even century. SPITE continue that upward/downward trajectory with two exclusive tracks on Trapped in the Pentagram: Solomon's Seal is broken, and the lord has now become TRAPPED IN THE PENTAGRAM!